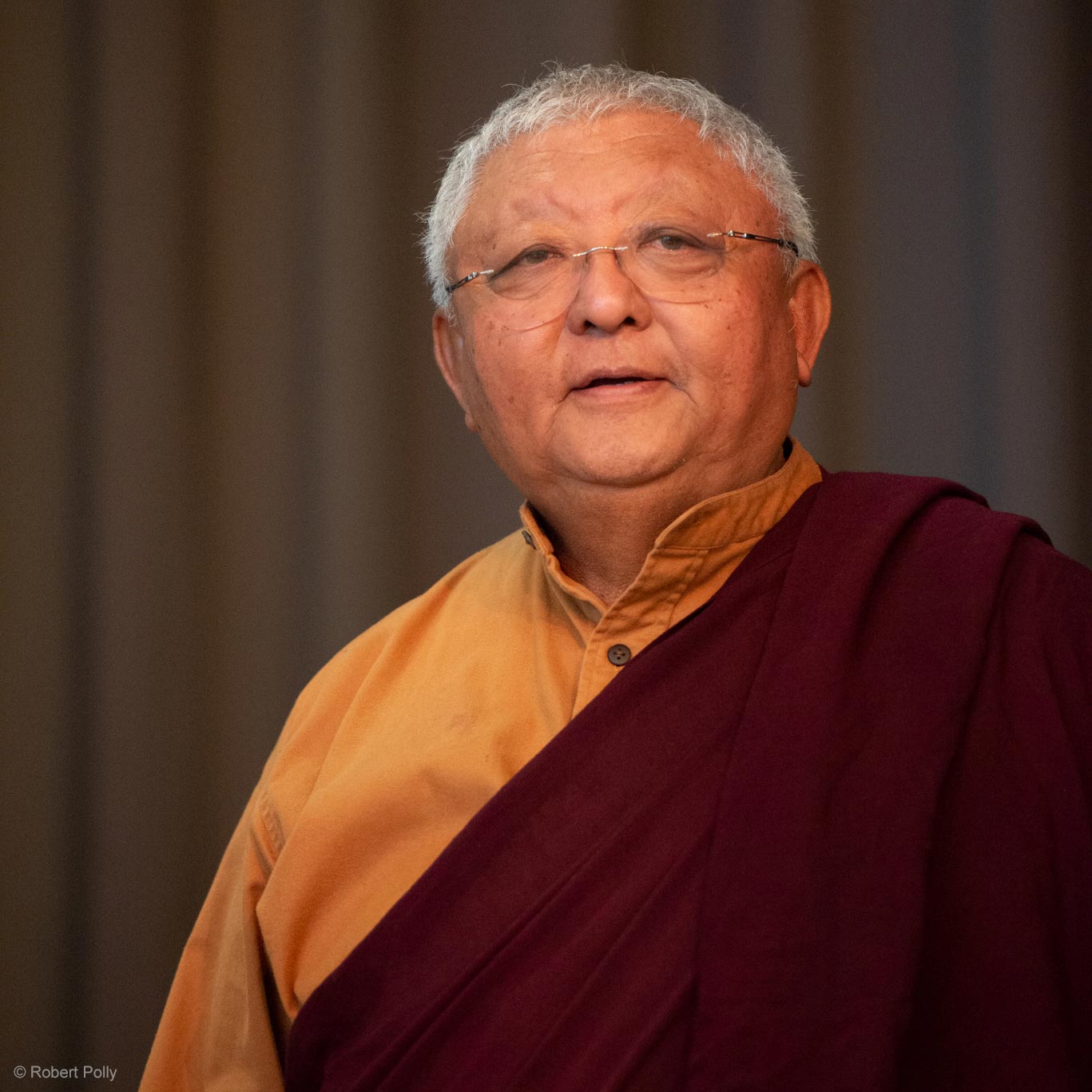 Jigme Rinpoche is a Buddhist practitioner and teacher who came to France at the request of his teacher, His Holiness the 16th Karmapa in 1975. He is the founder of the first non-Catholic religious congregation in France, which greatly contributed to the settling of Dharma in Europe for all schools of Buddhism.

Jigme Rinpoche undertook the development of Dhagpo Kagyu Ling (Dordogne, France), as well as a journey to traverse and understand the European continent. The knowledge of Westerners that he has acquired over the last fifty years facilitates a fluid adaptation of the Buddha’s teachings to Western society.

In 2012, Thaye Dorje, the 17th Karmapa, appointed Jigme Rinpoche as his General Secretary in charge of administrative duties for the Karma Kagyu lineage worldwide. Jigme Rinpoche travels far and wide, overseeing the running and development of the Karma Kagyu centers and monasteries directly linked to Karmapa.

Since the passing of the 14th Shamar Rinpoche in 2014, Jigme Rinpoche has taken care of the educational system Shamar Rinpoche created in order to preserve and continue the Shamarpa’s work for the welfare of sentient beings. The school system includes a primary school in Takdah, near Darjeeling, India, a college in Kalimpong, West Bengal, India, and an institution for advanced studies, Sharminub, in Kathmandu, Nepal.

In addition, Jigme Rinpoche is the author of several books in various languages.